Russia’s athletes suffer for the actions of others

The debate over whether Russian athletes should be allowed to compete at the PyeongChang 2018 Winter Olympics illustrates how the failure of sport’s governance structures allows athletes to be punished for the actions of others. The allegations against Russia are that institutionalised doping cheated the anti-doping testing system, leading to hundreds of athletes taking prohibited substances. However sport’s governance structures only allow it to punish the athletes, allowing administrators and politicians to play political games designed to avoid implicating themselves or their bosses.

The current situation is that Russian athletes who have qualified to take part in the PyeongChang Winter Olympics face possible exclusion, irrespective of whether they were involved in the institutionalised doping system or not. Anyone who argues that Russia should be entirely excluded from PyeongChang 2018 is allowing athletes to take the blame for the actions of those politicians and administrators who put an institutionalised doping system in place. This suits those responsible for any institutional doping in Russia, as it would allow them to duck punishment.

The doping system outlined by Richard McLaren reached its nadir at the Sochi 2014 Olympics. Although there will be some overlap, the majority of Russian athletes at PyeongChang 2018 will have been untouched by the institutional conspiracy McLaren outlined in his reports for the World Anti-Doping Agency (WADA). Sensible solutions can be envisaged. For example, any Russian who competed at Sochi 2014 could be excluded. This would be controversial, but could reduce instances where innocent Russian athletes are punished.

Yet no sensible compromises have been put forward by Russian politicians or its media. Why? Because they know that the ball is now in the International Olympic Committee’s (IOC) court. If the IOC does decide to sanction Russia, politicians and administrators can conveniently cry “Unfair!” and claim that its athletes are being victimised for a crime that they did not commit. Lambs are being marched to the slaughter by everyone concerned.

“The principle that because one person is suffering, the whole team should also suffer is obviously vicious”, said Russia’s Minister for Sport, Pavel Kolobkov, in a recent interview. “I am confident that such decisions should not be taken”. Yet Kolobkov has not offered any sensible alternative to the current impasse, other than flat denial that institutionalised doping took place.

Russia’s argument is that Dr. Grigory Rodchenkov was operating as a ‘lone wolf’ supplying prohibited substances to athletes. Even if it were accepted that this version of events is true, questions still need to be asked as to why Russian politicians and administrators overseeing Rodchenkov did not uncover what he was up to.

Yet no such calls for political accountability have been made – until now. Russia is hosting its Presidential elections on 18 March next year. Russian TV personality Ksenia Sobchak is standing against Vladimir Putin in the election, and has called for Deputy Prime Minister Vitaly Mutko and others to resign. Mutko was Minister of Sport when the alleged institutional doping took place, and was directly implicated by McLaren as covering up the positive test of a footballer.

“Mutko and other urine cheating functionaries will be calmly sitting in the VIP section with drinks, snacks, and embracing western friends”, says Sobchak in a video (below). “Meanwhile our athletes, those who win the country’s medals and give all of us faith in Russia, must hide shamefully with their eyes lowered when other countries’ anthems are played and other flags raised. I am against this. I am against the fact that the West associates us directly with Putin.

“If you are a Russian athlete, then you must be exactly like Mutko, Nagornykh, or those others who gave the command to steal urine, who doped our athletes, who lied hypocritically in international proceedings. It is they who are laying the blame on our athletes. We didn’t know anything. I’m against this.

“I am addressing you, Russian sports functionaries and politicians. Stop hiding your shady dealings by talking the intrigues of others. Leave our athletes alone. Quit your jobs. It is because of you that we will not hear our national anthem played and will not see our flag raised at the Olympics. Do something truly good for Russian sports. Go away!”

Unfortunately for Sobchak, that is unlikely to happen due to Mutko’s position as Deputy Prime Minister, as well as Chairman of the Local Organising Committee for the 2018 FIFA World Cup Russia. A resignation would be seen as an admission of involvement with the institutional doping system outlined by McLaren.

Russia is not prepared to jeopardise next year’s football bonanza. Fortunately for Russia, questions over an additional doping system operating in Russian football appear to have quietly disappeared. Russia must therefore sweat it out, and keep up the pretence that this is all a western conspiracy against the motherland.

The sad fact is that sport administrators and politicians know that they are almost untouchable, as sport’s governance structures only allow it to sanction sport. This means that if administrators and politicians are corrupt, athletes will suffer. The IOC, WADA, iNADO and others continue to sabre-rattle over Russia’s participation at the Winter Olympics. Meanwhile, the IOC quietly continues TV rights negotiations over coverage of PyeongChang 2018 in Russia; and the 2018 FIFA World Cup marches on untainted.

It is time to stop punishing athletes for the actions of administrators and politicians. Football is an Olympic sport. At the end of the 2016 Rio Olympics, approximately US$519 million was distributed amongst the 26 sports. Russian officials also remain in place across sport’s governance structures. The removal of money, influence, and/or TV coverage and sponsorship opportunities, would do much more to protect athletes from the actions of potentially corrupt administrators and politicians.

The Olympics strive for political neutrality. ... 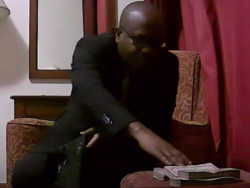 For the last three days, I have been struggling with what to write regarding the...

This year’s edition of the Tour de France, cycling’s most prestigious event, begins on August...