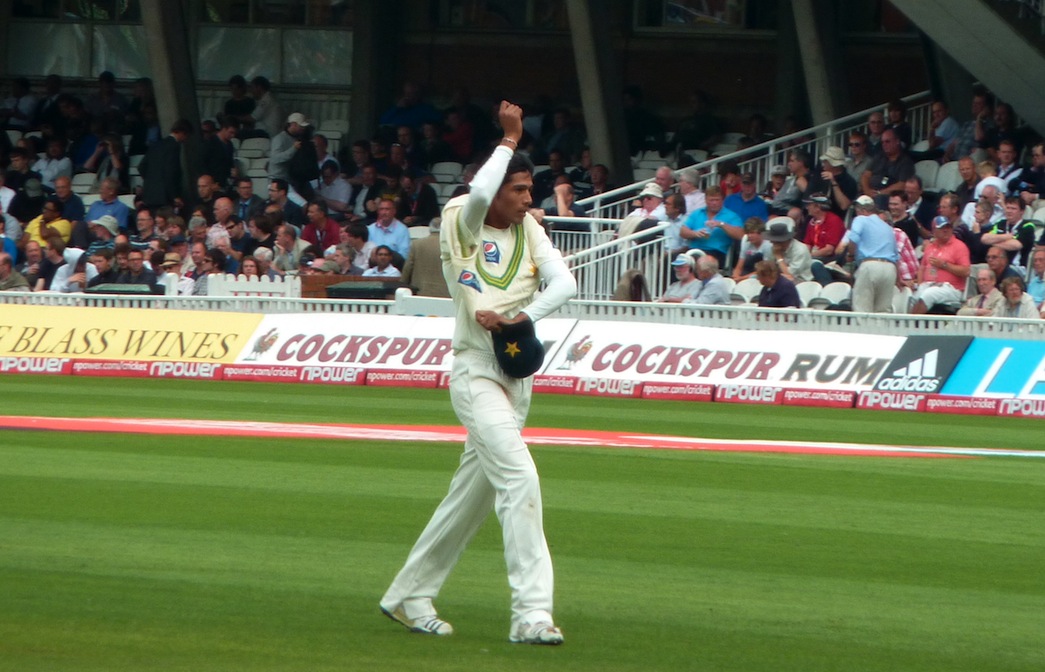 Pakistan fast bowler Mohammad Amir has been named in Pakistan’s Test squad for the country’s cricket tour to England next month. Amir’s selection, however, is subject to the grant of a visa by the UK Home Office.

This is the first time that Amir has been named in the Test squad since he was convicted alongside Salman Butt and Mohammad Asif for his role in spot-fixing during the England vs. Pakistan Lord’s Test in August 2010. Amir was banned from cricket for five years by the International Cricket Council.

In November 2011 Amir, as well as the other two cricketers, also received a criminal conviction under UK law, culminating in a six-month custodial sentence; he ultimately spent three months in a Dorset Young Offenders Institution. Under UK Immigration Rules, if a visa applicant has been sentenced to a period of imprisonment of less than 12 months, unless a period of 5 years has passed since the end of the sentence, under paragraph 320(2)(d) their visa application should be refused.

Where this rule applies, as it does in Amir’s case, ‘it will only be in exceptional circumstances that the public interest in maintaining refusal will be outweighed by compelling factors.’

According to The Guardian, Pakistan submitted a visa application to the UK high commission in Islamabad late last month, arguing that Amir’s case presented such ‘compelling factors’. Shaharyar Khan, the Chairman of the Pakistan Cricket Board, told the newspaper that he had ‘written a letter to the high commissioner seeking special and sympathetic consideration on Amir’s visa’. Khan also said that the England and Wales Cricket Board (ECB) were ‘assisting’ in Amir’s case, and The Telegrah has reported that Amir’s visa application has received backing from the International Cricket Council.

The PCB is reportedly ‘confident’ a visa will be secured. In January this year, Immigration New Zealand approved a visa for Amir to play in three Twenty20 Internationals after it ‘considered factors including the support of the New Zealand and Pakistan Cricket Board and that Mr Amir had served his sentence for his previous actions.’

• The International Weightlifting Federation (IWF) has reported another Adverse Analytical Finding (AAF) as a...

Monitoring sport against corruption is a full-time job. How many sporting fixtures take place over...

The Board of Control for Cricket in India (BCCI) has issued an extraordinary 43-page rebuttal...