In a nutshell: youngest in the field, considered a nice guy but lacking gravitas

Manifesto: My Vision for FIFA and Football (Launched: 7th January 2016)

Key policy: the only candidate to recommend the creation of an independent FIFA oversight group (to be led by former United Nations Secretary General Kofi Annan)

Slogan: “It’s time to shift the focus back to football”

What the experts say:
‘If Prince Ali ever has a shot at running Fifa, it’s now.’ Simon Kuper, The Financial Times.

‘Prince Ali may well be a good guy, he seems earnest and committed, but Fifa is going to need more than a ‘trust me’ from a long-time insider.’ Roger Pielke Jr., Professor of Environmental Studies, University of Colorado.

‘He’ll be on the fringes. His big problem is a lack of core support. I’ll be intrigued to see how many votes he does get.’ Martyn Ziegler, Chief Sports Reporter, The Times.

‘…a sizeable proportion – mainly UEFA-based – who declared their support then would have done so mainly in protest to Blatter, rather than genuine affinity to Prince Ali, and will now back Infantino, while Sheikh Salman’s profile in Asia means he will struggle to gain significant numbers in his home confederation.’ James Piercy, Sport 360.

‘We were also impressed by Prince Ali, but in the end we decided to go with the UEFA candidate [Infantino].’ Greg Dyke, Chairman, the Football Association.

‘If fans were given a vote in this week’s FIFA Presidential election, Prince Ali of Jordan would be the winner according to a global fans’ poll.’ #NewFIFANow, campaign group. 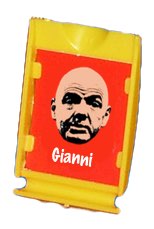 In a nutshell: heavyweight in Platini’s absence, with the numbers to go with it

Key policy: increasing the number of teams at the World Cup to 40 for “greater worldwide representation”

‘The accidental candidate – only nominated as a place-marker for Michel Platini, but now the ‘main man’ for UEFA.’ Bonita Mersiades, football reform activist and writer.

‘A bureaucrat who was Michel Platini’s right-hand man at UEFA.’ Damian Collins, MP for Folkestone and Hythe and co-founder of #NewFIFANow.

In a nutshell: self-proclaimed “only independent candidate”, competent and arguably most open, but lacks the institutional support despite lengthy FIFA experience

Slogan: “Re-balance the game in a globalized 21st Century”

What the experts say:
‘Prince Ali withdrew from planned Fifa candidate event due to fears it would breach electoral rules. Champagne [was the] only one not to cancel.’ Richard Conway, Sports News Correspondent, BBC Sport.

‘He should be the sort of football leader anyone would want. And yet. And yet the Blatter factor looms large.’ James Corbett, sports correspondent.

‘Rank outsider, thanks in part to credible policies.’ David Hills, The Guardian.

‘Despite his extensive knowledge of how FIFA operates after 11 years of working there and some bright ideas, he may struggle to find support from beyond Europe.’ Vivek Chaudhary, ESPN FC. 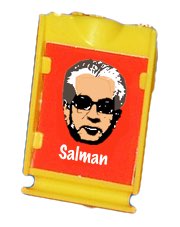 What the experts say:
‘I personally have a problem with Sheikh Salman. I don’t think anyone from Bahrain should be president of FIFA … given their attitude to human rights.’ Greg Dyke, Chairman, The Football Association.

‘Democracy clearly not high up on Sheikh Salman’s agenda. Transparency/ accountability don’t seem to be either.‘ Damian Collins, MP for Folkestone and Hythe and co-founder of #NewFIFANow.

‘The Bahraini royal began the five-candidate contest knowing his home country’s human rights record and treatment of national team players after Arab Spring protests in 2011 would be an issue.’ The New York Times.

‘Salman has put forward proposals for reform of FIFA that have merit … [but] I have no doubt that Salman is the wrong man for the job….’ James Dorsey, ethnic and religious conflict journalist.

‘Convincing the wider world that installing a Sheikh from a feudal monarchy who owes his position to those now under suspicion represents progress will be a tougher job altogether.’ Owen Gibson, The Guardian.

‘It [his manifesto] says many of the right things, whilst also studiously ignoring others.’ Bonita Mersiades, football reform activist and writer.

In a nutshell: critics argue his was a scarce and poorly run public campaign which has come without the endorsement of Sexwale’s own continent’s confederation

Key policy: to “seriously explore” the possibility of having a sponsor on national team kits

Slogan: “It is more than just a game!”

What the experts say:
‘Sleeping in the same prison room with Nelson Mandela is not enough to win the FIFA presidency.’ Kwesi Nyantakyi, Chairman, Ghana Football Association.

‘The NEC (National Executive Committee), which is the highest decision-making body of the association, raised concerns about his low-profile campaign and they want him to come and explain himself.’ Dominic Chimhavi, spokesman, South African Football Association.

‘Tokyo Sexwale appears to regard the role of running football’s governing body as something he can do in his spare time.’ Keir Radnedge, sports author and journalist.

‘It’s an attention to detail that Sexwale, seen by some as a football outsider, will need to improve if he is to persuade the football fraternity that he’s the best man to replace Blatter.’ Piers Edwards, BBC Africa Sport.

While the bombs fall, so do table tennis balls...

Fifteen people from seven countries, competing in 11 sports, were involved in anti-doping proceedings that...