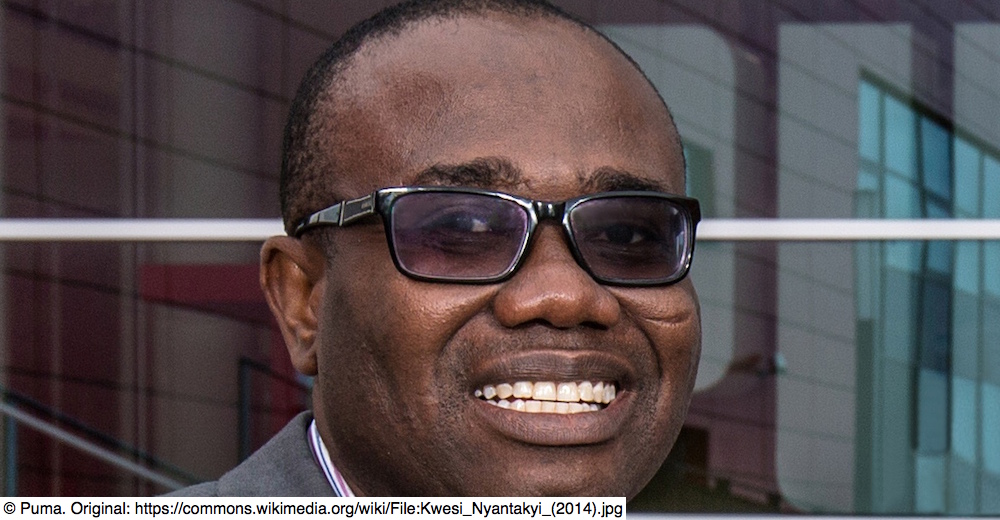 The Court of Arbitration for Sport (CAS) has cut a lifetime ban issued by FIFA to Kwesi Nyantakyi for breaches of its Code of Ethics to 15 years. The former President of the Ghana Football Association (GFA) filed an appeal against FIFA’s lifetime ban on 17 December 2018, and the CAS confirmed that it had partially upheld his appeal in a 9 April 2020 ruling (CAS 2018/A/6072), which will be added to its jurisprudence database in the coming weeks.

CAS confirmed that FIFA’s 29 October 2018 Decision has been modified as follows:

Under Article 15(4) of the 2017 FIFA Disciplinary Code (see right) the GFA is jointly liable if Nyantakyi, a former banker, refuses to pay the fine.

Nyantakyi resigned as President of the GFA in June 2018, after he and other football officials were accused of accepting corrupt payments following an investigation (below) by journalist Anas Aremeyaw Anas. As a result of the allegations, the government dissolved the GFA. Nyantakyi later admitted accepting money from journalists posing as members of the Qatari Royal Family, but denied that the money was for corrupt purposes and argued that he was set up by journalists.

In March this year, Nyantakyi was charged with fraud. Last month, the GFA began charging officials implicated in the 2018 documentary, which involved over 100 officials alleged to be involved in over 150 corrupt payments.

Events took a sinister turn in January 2019, when Ahmed Hussein-Suale Divela, a journalist who worked with Anas, was shot dead. Kennedy Agyapong, a Ghanain politician, had previously made threats against both Divela and Anas. In October 2019, Anas confirmed that Ghanaian authorities were still investigating the circumstances of Divela’s death.

It is understood that Agyapong was briefly detained by police. After his release, a Ghanaian comedienne alleged that a Presidential soldier had attempted to arrest her and take her to Agyapong’s house, and had assaulted her producer. It has also been alleged that he has taken a similar course of action against others.

“I had nothing to do with this [Divela’s] murder”, Agyapong told Forbidden Stories. “But I have no regrets. I feel sad for all the people who were dismissed or died after being called into question by Anas. If I had to do it all over again, I would do exactly the same thing. This man, Anas, uses his power to destroy important people. He extorts money from them, he offers to drop the accusations if you pay him large sums of money.”

It is understood that Agyapong is close to Nyantakyi. Anas counters that Agyapong is orchestrating a disinformation campaign against him, just as he had done with Ahmed. The Forbidden Stories report also alleges that police ordered witnesses to Divela’s murder to stay quiet. In January this year, the International Press Institute (IPI) expressed ‘deep concern’ over the lack of progress with investigations into the murder.