Following a WPBSA investigation into alleged breaches of the WPBSA Rules by David John, a decision has been taken today that Jamie Jones has a case to answer. The allegation is that Jamie Jones was party to, or facilitated the manipulation of the outcome of David John’s match with Graeme Dott that was played at the International Championship Qualifiers in Preston on 29th September 2016.

Jason Ferguson, the Chairman of the WPBSA has taken the decision to suspend Jones from attending or competing on the World Snooker Tour with immediate effect. This suspension will remain in place until the conclusion of the hearing or hearings and the determination of this matter. Jones has the right to appeal his decision.

The WPBSA would like to make it clear that no matches played by Jamie Jones are under suspicion in this matter. The matter will be referred to the WPBSA Disciplinary Committee where a formal hearing will take place at a venue and date to be confirmed.

2.1.2.2  to seek or accept or offer or agree to accept any bribe or other reward to fix or to contrive in any way or otherwise to influence improperly the result, score, progress, conduct or any other aspect of the Tour and/or any Tournament or Match;

2.1.2.4  to solicit, induce, entice, persuade, encourage or facilitate any Member to breach any of the foregoing provisions of this paragraph 2.1.2.

4.1   In the event that a Member is approached or solicited in any way (whether directly or indirectly) to influence the outcome or conduct of any game of snooker or billiards whether or not in return for payment or any other form of remuneration or benefit (an “Approach”), that Member (the “Reporting Member”) shall report such an Approach to the WPBSA (via the Company Secretary or a Tournament Official) as soon as reasonably practicable and in any event not later than 24 hours after any such Approach being made. Further, the Reporting Member shall provide the WPBSA (via the Company Secretary or a Tournament Official) with all information in his or her knowledge relating to the Approach and shall co-operate in any subsequent investigation and/or other action(s) arising out of such a report.

4.2   Any Member becoming aware of an Approach (as defined in clause 4.1 above) being made to another individual shall report such Approach to the WPBSA (via either the Company Secretary, a Tournament Official or the Anti Corruption Hotline) as soon as reasonably practicable and in any event within 24 hours of becoming aware of such Approach.

The full WPBSA Members Rules can be viewed here.

• This media release was published by the World Professional Billiards and Snooker Association (WPBSA) on 11 October 2018. Click here for the original. 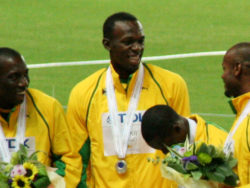 A tennis player has been sanctioned with a 20 month ban for an anti-doping rule...

The appeal filed by Aleksandr Shustov is dismissed and the initial sanctions are confirmed: 4 year period of ineligibility