• Discovery and/or validation of new discriminant biomarkers or biomarkers of confounding factors of the haematological module of the Athlete Biological Passport (ABP) in DBS;
• Study of the potential advantages of turning to dried plasma spots instead of DBS for testing for prohibited substances; and
• Development and validation of a new analytical method for the detection and quantification of human chorionic gonadotrophin (hCG) in DBS.

To submit applications, individuals are asked to create an account on the WADAGrants platform. Please note that this RFA has different objectives, timelines and eligibility criteria from the RFA released by WADA and the Fonds de recherche du Québec on 17 June 2020 for targeted research projects that aim to develop biomarkers of doping.

• This media release was published by the World Anti-Doping Agency (WADA) on 30 June 2020. Click here for the original.

Have you heard of Nandrolone? 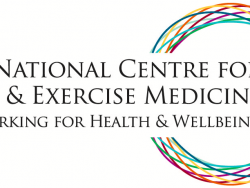