The World Anti-Doping Agency (WADA) has confirmed that urine samples held at the Moscow laboratory are still under the protection of Russian State authorities. That WADA still doesn’t have access to the samples was not mentioned in a statement issued earlier this week, which trumpeted the fact that Athlete Biological Passport (ABP) samples held at the Moscow Laboratory would be released ‘on demand’ to anti-doping organisations that had sent them there for testing.

WADA has not been able to access the samples due to an ongoing investigation launched by the Investigative Committee of the Russian Federation (SKR) on 8 June last year. The SKR has yet to announce when its investigation will be completed, or when the International Association of Athletics Federations (IAAF) and WADA will be granted full access to all of the samples held at the Moscow lab.

On 18 June last year, the SKR charged Dr. Grigory Rodchenkov, former Director of the Moscow Laboratory, with abuse of power under Russia’s Criminal Code. It later suggested that he was at the centre of an illegal trade involving importing substances prohibited in sport from the USA.

Dr. Rodchenkov, who alleged systemic doping took place in Russia ahead of the Sochi 2014 Olympics, has fled to the USA. The SKR is keen to interview Rodchenkov as part of its inquiries, and has sent a request to US authorities to interview him on its behalf.

In November 2016, Russia adopted a new law criminalising those who induce athletes to dope, such as individuals identified by WADA’s two Independent Commission (IC) and two Independent Person (IP) Reports into Russian doping. However, as The Sports Integrity Initiative has previously highlighted, there are concerns that the SKR appears to be focusing on prosecuting individuals – such as Rodchenkov and the banned coaches shown to be still operating in Russia – rather than investigating who were giving their orders.

For example, Russia’s Ministry of Sport announced in July last year that Natalia Zhelanova, Russia’s Anti-Doping Adviser, had been suspended pending an investigation after she was implicated in the WADA IP Report. However, she has only been interviewed and not charged by the SKR, unlike Rodchenkov. Russia’s Deputy Prime Minister Vitaly Mutko, who was Minister for Sport at the time the systemic doping took place, has not been charged, interviewed or investigated by the SKR, despite being directly implicated as involved in covering up the positive test of a Russian footballer in the WADA IP Report.

On 25 May, Russia published its National Anti-Doping Plan (NADP), which Russian Prime Minister Vladimir Putin instructed the government to approve by 20 June. The NADP (PDF below) asserts that Russia has ‘never had an institutionalised and government-operated system of manipulating the doping control process’. The fast-track timetable, as well as the creation of the NADP in less than six months, led to concerns that Russia was attempting to codify its non-acceptance that institutional doping had ever existed in Russia.

The NADP contains a few controversial measures. These include:

• A requirement for an athlete to return prize money and other benefits in the event of an anti-doping rule violation (ADRV);
• Sanctions for the managers of national sporting federations, should their athletes report multiple ADRVs;
• A commitment to ‘promote the use of whistleblowers’;
• A ‘Doping’ label that manufacturers will be required to feature on products that contain prohibited substances;
• A Russian database of prohibited substances.

At present, there is little detail about how any of these measures will operate in practice. However, given the fast-track timetable envisaged by Putin, it is expected that the IPADC will provide details in the near future.

Many remaining issues with testing athletes in Russia were highlighted by an extraordinary report (PDF below) produced by UK Anti-Doping (UKAD) in June last year. This found that closed cities, where access is restricted, were utilised to deter testing of athletes; that UKAD’s completed tests in Russia were outnumbered by cancelled tests; that athletes ran away from testers or withdrew from events where Doping Control Officers (DCOs) were present; that the doping control process was tampered with or interfered with by certain sports; that sample collection procedures make blood testing almost impossible; and more.

Earlier this week, WADA outlined that DCOs are now allowed access to closed cities; and Athlete Biological Passport (ABP) samples at the Russian anti-doping centre will be released on demand to anti-doping organisations that had them sent there for testing. This last statement about the ABP samples appears curious, since UKAD’s report found that it was almost impossible to operate an ABP programme in Russia, as an ABP Management Unit (ABPMU) was not in place and all samples were required to pass through Moscow. It is therefore assumed that ABP samples held at the centre are those that were analysed prior to the suspension of the Moscow Laboratory in April last year.

WADA has confirmed that UKAD staff will work with RUSADA for the foreseeable future. ‘UKAD will be responsible for continual training and development of RUSADA’, continued the WADA spokesperson. ‘This includes providing advice on testing plans and upskilling different elements of the organisation. RUSADA is paying for this service. UKAD is taking on more of an advisory and training role and will continue to do so until RUSADA is deemed compliant. The International Experts working in RUSADA will have direct oversight of the testing program.’

“While there is still more to be done, WADA recognises this milestone as a key component of the Roadmap towards compliance”, said WADA’s President Sir Craig Reedie a statement this week. “After much work by the Agency and its partners, resumption of testing represents an important step forward in rebuilding anti-doping in Russia”.

However, Russia’s actions suggest that it is continuing to sacrifice the foot soldiers to protect the generals. Russia’s criminalisation of doping and its NADP are set up to prosecute those who directly give prohibited substances to athletes. Through its continuing investigation, the SKR is protecting the urine samples held at the Moscow Laboratory from further analysis, whilst at the same time seeking to blame those in charge of implementing systemic doping. It does not appear to be investigating who was giving the orders to those foot soldiers required to implement the plan.

This is hardly surprising. Russia’s Minister for Sport at the time, Vitaly Mutko, is now Russia’s Deputy Prime Minister. He is also President of the Russian Football Union, as well as Chairing the Local Organising Committee for the Russia 2018 FIFA World Cup. He has also been appointed to Chair the organising committee for MINEPS VI, a UNESCO-sanctioned conference discussing the integrity of sport, to which the International Olympic Committee (IOC) has refused patronage.

If Mutko were ever to be linked to systemic Russian doping, the country would therefore have a lot to lose. Once again, it appears to be the media that is closing the net, rather than sporting or Russian authorities. Earlier this week, author of the WADA IP Reports, Richard McLaren, told ARD that a “different system” of sample swapping was in operation within Russian football. Why this system has not been investigated by FIFA or WADA was not made clear. Should the accusations that an alternative doping system existed in Russian football turn out to be plausible, Russia may find it harder to continue its denial that institutional doping took place.

The Olympics strive for political neutrality. ... 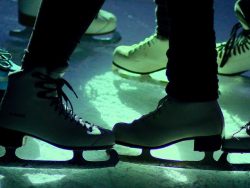 The Founders of the Russian Anti-Doping Agency (RUSADA), the Russian Olympic Committee (ROC) and Paralympic...

A MLB lawsuit could call DHCMT ADRVs into question