USADA and the Tennessee Athletic Commission announced today that UFC® athlete Jessica Penne, of Chula Vista, Calif., has accepted an 18-month sanction for an anti-doping policy violation after testing positive for a prohibited substance. Penne, 34, tested positive for the presence of an anabolic androgenic steroid of exogenous origin following an out-of-competition urine test conducted on March 20, 2017. Exogenous anabolic androgenic steroids are classified as non-Specified Substances in the category of Anabolic Agents and prohibited at all times under the UFC Anti-Doping Policy and the Tennessee Athletic Commission Act of 2016, both of which have adopted the World Anti-Doping Agency Prohibited List.

Although Penne’s sample was initially reported as negative for prohibited substances on the standard out-of-competition testing menu, upon review of Penne’s Athlete Biological Passport, the sample was subsequently flagged for additional analysis due to an increased degree of variability in urinary biomarkers measured in the sample. Sophisticated carbon isotope-ratio mass spectrometry (GC/C/IRMS) analysis confirmed the presence of a synthetic anabolic agent in Penne’s sample. Before the reanalysis of her sample was completed, Penne fought at the UFC Fight Night event in Nashville on April 22, 2017, an event sanctioned by the Tennessee Athlete Commission.

Upon notification of her positive test, Penne immediately identified a supplement she was using at the direction of her physician as the source of the prohibited substance detected in her sample. After a thorough review of the case, including the examination of medical records provided by the athlete, USADA and the Tennessee Athletic Commission accepted Penne’s explanation that her positive test was caused by dehydroepiandrosterone (DHEA), an exogenous anabolic agent, which had been recommended to her by her physician.

Under the UFC Anti-Doping Policy, as well as the World Anti-Doping Code, an athlete’s period of ineligibility for using a prohibited substance may be decreased if the athlete lacks significant fault for the anti-doping policy violation. In this instance, although Penne was not successful in her attempt to obtain a retroactive or prospective Therapeutic Use Exemption (TUE) for DHEA after her positive test, it was determined that her degree of fault was reduced because her use of the prohibited substance was under the care of a physician.

• This media release was published by the Ultimate Fighting Championship (UFC) and the US Anti-Doping Agency (USADA) on 5 January 2018. To access the original, please click here. 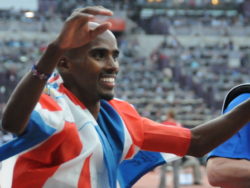