To The Track and Field Community:

In January of this year, I was notified that Shelby had recorded a positive drug test in December 2020. The positive test was for a substance called nandrolone, something that neither Shelby nor I had ever heard of. Shelby was placed on a provisional suspension as we tried to understand how this test could have happened.

Over the course of the past six months, I’ve learned more than I ever wanted to know about drug testing—about the procedures and organizations that govern our sport. What I’ve learned has eroded all the faith I had in their ability to fairly serve and protect clean athletes.

Throughout this process we were confident that the truth would lead to justice. What I’ve come to learn instead is that anti-doping authorities are okay with convicting innocent athletes so long as nine out of ten convictions are legitimate. That is wrong.

It is my understanding that our drug-testing technology is now becoming so sensitive that anti-doping labs are catching increasing numbers of clean athletes. Shelby’s positive test was for an exceedingly small amount of a substance that is known from WADA’s own studies to be present in certain types of pork—less than 12 hours after she ate at a Mexican food truck that served pig organ meat. I do not understand how any competent and unbiased body could fail to conclude that Shelby is innocent.

Shelby was treated unfairly at every step of this process. The AIU refused to charge her for months, despite no additional evidence being presented, opting to leave her in a provisionally suspended state until they were forced by Shelby’s legal team to charge her and agree to a hearing before the CAS so that Shelby could compete at the Olympic Trials. I believe if this had been USADA handling her case it would have been handled differently. At the very least, I’m confident she would have been treated fairly.

Shelby, I know you and I know the type of athlete you are and, far more importantly, the type of person you are. I don’t have the words to articulate the depths of sadness I feel right now for you. I want you to know that you are not alone, and I can only hope that in the coming days and weeks that you will feel supported by the very best aspect of our sport: the track and field community.

To my coaching colleagues and friends in track and field: You are the ones who know me. You know me as a friend. You know me as a competitor. You know me as an imperfect and flawed human. But you also know how I feel about doping and know that I would never disrespect you by allowing or supporting it in any fashion.

I will lean on you the most during this time because we have been gifted with an incredible opportunity to work with young, passionate people and none of us should ever have to watch one of them go through this. It is now my understanding that “friendly fire” casualties in the war on doping are acceptable, and we should all be outraged by that. No clean athlete should have to go through what Shelby is right now, and we need to demand better for our athletes.

To the clean athletes that I’ve coached against: You have every reason to be confused and distrustful of people in this sport. You are forced to witness and compete against dopers all the time. You are also led down roads of confusion that make you question everyone and everything. I understand. I do it too!

All I can tell you is that I’m sorry this adds another layer of doubt. Shelby, your competitor, friend, and teammate has had her entire career taken away from her for something she didn’t do. Not all of you will believe me and many of you will be skeptical. But to those that do, you should be outraged that this can happen.

To the powerful organizations that can enact change: Where are you? What are you doing? Why does this continue to happen to clean athletes? My understanding is that here in America we come into contact with many contaminants that can lead to positive tests in our food, fluids, and supplements. It is also my understanding that USADA is aware of this and accounts for this in their analysis of each case. Yet Shelby is still in this position. To borrow a leading anti-doping official’s response to me, “how many lambs will be led to the slaughter” before we address this issue?

Finally, to the AIU and WADA: Shame on you! Shame on you for not caring about the truth. Shame on you for using athletes in a political chess match. You got it very wrong this time and that is not okay. It’s not okay to be right nine out of ten times when deciding to execute someone’s athletic life and dreams. You do not deserve this power.

What we are witnessing here is a great tragedy in the history of American distance running. Not only is Shelby an exceptionally talented athlete, but she has also developed her talent through hard work and discipline. She is tough as nails. She is an exceptional teammate. She loves to compete. She just might be the best 1500m runner in the world this year, but we will never get the opportunity to find out. And that’s a tragedy.

Over the past six months I’ve learned that certain organizations in track and field have abandoned clean athletes. We need drug-testing, and aggressive drug-testing at that, to work towards a cleaner sport. I will always support that. But the system is broken. It is a system that no longer protects clean athletes and instead ruins them. We can only assume that this will continue to happen if we, coaches and athletes, continue to accept it. I hope that we demand better from our sport, because our athletes deserve it.

• This media release was published by the Bowerman Track Club on 14 June 2021. Click here for the original.

Joint statement by Michael Petrou* of the Coun... 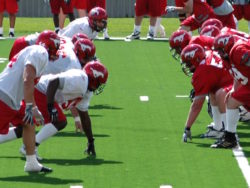 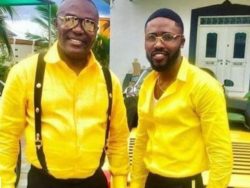 Shelby Houlihan, who was sanctioned with a four year ban for an anti-doping rule violation...

• The Executive Board (EB) of the International Olympic Committee (IOC) today decided to suspend...