• The Ukraine football association (UAF) has launched an investigation due to concerns that match-fixers are arranging fixtures whilst football is suspended due to Covid-19, reports Die Welt. At present, it is not clear whether players took the field, or whether match-fixers paid off a betting scout to fabricate the result – often known as a ‘ghost game’. It is understood that a Facebook page was created for FC Berdyansk on 21 March, announcing that it was hosting the ‘Azov Cup’ from 25-28 March. The Facebook page has since been deleted, but other sports betting pages on Facebook publicised the advertised fixtures, adding that they are awaiting the confirmed result (see below).

• So Sakabe, a Greco-Roman wrestler, has filed a lawsuit against who pharmaceutical companies, as he alleges their contaminated products resulted in him reporting an adverse analytical finding (AAF), reports Kyodo news agency. It is understood that after being notified that he had reported an AAF by the Japanese Anti-Doping Agency (JADA), So had eight items tested by a laboratory in the US, and a medication prescribed to him was contaminated. In March 2019, Sawai Pharmaceutical Company said it would recall the product in question after Japan’s Ministry of Health found minute amounts of a prohibited substance in the medication. Of 76 batches tested by the company, tiny amounts of contaminant were recorded in each.

• The Swiss Federal Criminal Court has asked the Office of the Attorney General (OAG) to review an indictment which claimed that Nasser Al-Khelaifi, President of Paris Saint-Germain and Chairman of BeIN Media Group, had induced or encouraged former FIFA Secretary General Jérôme Valcke to misreport or mismanage business dealings, reports SportBusiness. The initial indictment confirmed that FIFA had reached an ‘amicable agreement’ with Al-Khelaifi, and it was therefore withdrawing its complaint against him. It is understood that the OAG has ten days from 27 March in which to amend its indictment or appeal.

• Twelve anti-doping rule violations (ADRVs) were recorded by the The Netherlands Anti-Doping Organisation (Doping Autoriteit) during 2019, 0.38% of the 3,140 tests conducted during 2019. However, three other ‘possible’ ADRVs increased the number of ADRVs to 15, 0.48% of the tests conducted. The Doping Autoriteit handled 2,427 of those tests, 36 (1.48%) of which resulted in either an adverse analytical finding (AAF) or an atypical finding (ATF). Thirty seven whereabouts failures were recorded during the year.

• Eleni Konstantinidi, the Greek weightlifter who won two Golds in the -81 Total category and the Clean & Jerk, has reported an adverse analytical finding for betamethasone, the International Weightlifting Federation (IWF) has announced. 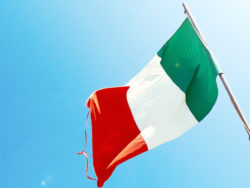