• The Lithuanian football association (LFF) suspected that 24 matches were fixed during 2019, it told a meeting designed to combat sporting fraud convened by the government’s Gambling supervision authority (LPT). The meeting discussed ways in which sport and regulatory authorities can cooperate to share information about betting related sports fraud.

• Denise Betsema has told a press conference that the International Cycling Union (UCI) accepted her explanation that an adverse analytical finding (AAF) for anabolic steroids was caused by a contaminated supplement, reports CyclingWeekly. On Monday, the UCI announced that her six month ban had expired on 4 October last year.

• Barnsley has confirmed that the Football Association has notified the English Football League Championship club that it is investigating a potential anti-doping rule violation (ADRV) by Bambo Diaby. The player has been provisionally suspended, and the club has declined to comment further. 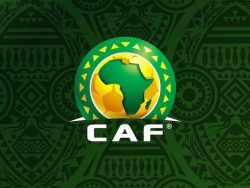