• France’s professional football league (LFP) held a meeting with the Ministry of Sport on 14 November over allegations that Paris Saint Germain attempted to ‘racially profile’ players when recruiting them. The LFP said that it would send a letter to all professional clubs to remind them of their responsibilities, and an awareness day will be created to fight all forms of discrimination in football, not just in the professional game. ‘Forms with illegal content were used between 2013 and 2018 by the training centre department responsible for player scouting outside of the Ile de France region’, read a statement from the club. ‘These forms were introduced at the sole personal initiative of the head of this department. On being made aware of this at the start of October 2018, Paris Saint-Germain launched an internal investigation to understand how such practices could have existed and to decide on the necessary measures to be taken.’

• The International Biathlon Union (IBU) has appointed an External Review Commission to investigate whether its former management accepted bribes for covering up positive Russian doping tests. Austrian Police raided the IBU headquarters in April, following the allegations against former IBU executives. The Commission will be headed by UK lawyer Jonathan Taylor, who also heads the Compliance Review Committee (CRC) of the World Anti-Doping Agency (WADA). On 20 September, WADA reinstated the Russian Anti-Doping Agency (RUSADA) on the recommendation of the CRC.

• Dmitry Rybolovlev, owner of AS Monaco, has been arrested following an investigation into suspected corruption, reports the Associated Press. It is understood that the investigation centres on claims that Mr Rybolovlev tried to influence senior Monaco officials.

• A 43 year old cyclist has been sanctioned with an eight year ban after refusing to submit to sample collection, which represented his second anti-doping rule violation. The Canadian Centre for Ethics in Sport (CCES) said that Greg Doucette’s ban would run from 26 May 2018.

• On behalf of the Emirates Cricket Board (ECB), the International Cricket Council (ICC) has charged former Sri Lanka cricket international Dilhara Lokuhettige with three breaches of its Anti-Corruption Code (ACC). Lokuhettige has 14 days from 13 November 2018 to respond to the charges.

• A 58 year old cyclist has been sanctioned with a four year ban after returning an adverse analytical finding for anabolic agents. The US Anti-Doping Agency (USADA) said that Stephen Strickler’s urine was analysed using a specialized test that differentiates between anabolic-androgenic steroids naturally produced by the body and prohibited anabolic agents of external origin.

• The World Anti-Doping Agency (WADA) held a conference in Italy to explore the future of the Athlete Biological Passport (ABP) from 5-7 November. A statement revealed that 150 athletes have been sanctioned using the ABP since its launch in 2009. The conference involved 238 participants from 74 countries, representing over 140 different organisations.

• Europol and Portuguese police have worked together on Operation Shadow Game, which targeted members of a criminal network operating illegal gambling services, including sports betting. Europol announced that over €6 million in criminal assets had been seized, and total criminal profits obtained in Portugal and Luxembourg is estimated at €180 million.

• The World Anti-Doping Agency (WADA) has suspended the accreditation of the Stockholm Laboratory to conduct gas chromatography combustion isotope ratio mass spectrometry (GC/C/IRMS) analysis on samples for six months from 1 August. During the partial suspension, the Stockholm Laboratory can carry out other analysis of samples, such as urine and blood analysis, as normal. 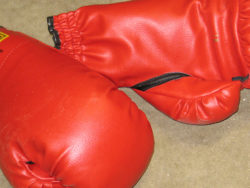 Football: Indictment filed in connection with ...