Rugby union player Kurt Brown has been banned from all sport for a period of four years following a first Anti-Doping Rule Violation (ADRV). UK Anti-Doping (UKAD) collected an In-Competition urine sample from Mr Brown on 1 February 2020 after a match between his team, Lydney RFC, and Sidmouth RFC. Analysis of Mr Brown’s A Sample returned an Adverse Analytical Finding (AAF) for nandrolone and other anabolic substances. The Rugby Football Union (RFU) charged Mr Brown with the ADRV and the case was heard by the independent National Anti-Doping Panel (NADP).

Nandrolone, 19-norandrosterone and 19-noretiocholanolone are anabolic steroids used to quickly and artificially build muscle mass. They are banned at all times.

Speaking on the case, UKAD’s Director of Operations, Pat Myhill commented: “Nandrolone is a well-known substance that has been banned from all sport for many years, and with good reason. We have seen a long list of athletes who have been removed from sport over the years for using this drug ultimately to cheat.

“There is no excuse why an athlete should be taking these drugs, regardless of the situation. Athletes are encouraged to not only think about the effects of drugs on their bodies, but also in contact sports, think about how the use of these types of drugs could affect and endanger the wellbeing of other athletes.”

The case was referred to the NADP by the RFU. The NADP rejected Mr Brown’s explanation that he took the banned substances to aid his recovery from an injury and that he had no intention to return to rugby. The NADP gave him a four-year ban which, taking into consideration his provisional suspension, started on 13 March 2020 and will end at midnight on 12 March 2024.

Nandrolone, 19-norandrosterone and 19-noretiocholanolone are listed under section S1 Anabolic Agents of the WADA 2020 Prohibited List, which states that they are banned at all times. The RFU charged Mr Brown with breaching World Rugby Regulation 21.2.1 – “Presence of a Prohibited Substance or its Metabolites or Markers in a Player’s Sample”.

• This media release was published by UK Anti-Doping (UKAD) on 22 October 2020. Click here for the original.

Sports should not investigate themselves: CEO

Equestrian Canada may appeal against Tokyo 202... 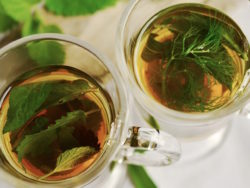 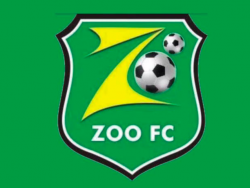