The Australian Sports Anti-Doping Authority (ASADA) acknowledges the decision of the Queensland Rugby League (QRL) to impose a two-year ban on athlete Jordan Kenworthy for the presence of a metabolite of a prohibited substance. Mr Kenworthy, who competed for Mackay Cutters in the QRL, returned an Adverse Analytical Finding (AAF) from an in-competition doping control test on 31 August 2019.

His sample was analysed at the Australian Sports Drug Testing Laboratory, part of the National Measurement Institute, which detected the presence of Benzoylecgonine (a metabolite of Cocaine). Mr Kenworthy is ineligible to participate in any sports that have adopted a World Anti-Doping Code compliant anti-doping policy until 21 October 2021. He is also not permitted to compete in a non-signatory professional league, or event organised by a non-signatory International or National level event organisation.

• This media release was published by the Australian Sports Anti-Doping Authority (ASADA) on 18 May 2020. Click here for the original. 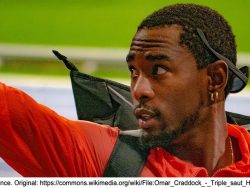