I must congratulate the WADA IC team on a compelling report which has laid bare the suspicious behaviour and actions of certain parties within and/or associated with the IAAF. I also commend the ‘untouched’ IAAF staff who, along with Vitaly Stepanov and Yulia Stepanova, showed enormous courage and conviction throughout this turbulent period.

Most importantly, the IC report has outlined a ‘road-map’ of sorts for the IAAF to begin rectifying all that was wrong during this despicable period in the organisation’s history. Specifically, however, while comments from Part II of the WADA IC Report relating to any shortcomings apparent while performing my evaluations of the database were taken in good faith, there was nonetheless one indisputable fact; abnormal blood values identified in the database were the drivers for the ensuing cover-ups and and corruption. The records show that one led to the other, therefore I remain steadfast in my evaluations.

Also, I was slightly dumbfounded that no comments had been made with respect to the real health risks posed by some of the more outrageous blood values which even the IAAF had acknowledged, albeit only following the recent publication of a letter between IAAF General Secretary Pierre Weiss and Balakhnichev in October 2009.

Now that the scandalous baggage has been unloaded from the IAAF, it is over to Lord Coe to make good on his intentions. Clean athletes of the world deserve no less.

Australian charges: the difficulty in preventi... 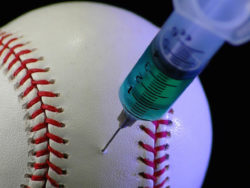 Kenya: who is fabricating what and why?

Elias Kiptum Miandi has been arrested on 12 counts of forgery, after an investigation by...