Michael Rotich, manager of the Kenyan track and field delegation, is now under police custody having been sent home from Rio after undercover footage showed him offering notification of when doping tests would take place. Kenya was taken off the World Anti-Doping Agency’s (WADA) non-compliance list on the eve of the Rio Olympics after it passed revisions to its anti-doping legislation, which means that Rotich will face a criminal investigation.

The Anti-Doping Agency of Kenya (ADAK) confirmed that ‘the Directorate of Criminal Investigation [would] follow the necessary due process to establish whether or not the individual has committed a crime as per the Kenyan Criminal Law (Anti-Doping Act)  and prosecute the matter in the courts accordingly’. ADAK also sad that it would begin its own investigations and Rotich would be sanctioned if he has been found to have committed an anti-doping rule violation (ADRV).

In the ARD/Sunday Times video (below), Rotich offers undercover journalists – posing as coaches of European athletes who need help with doping – 12 hours notice of when doping tests will take place. He agrees to inform Eldoret pharmacist Joseph Mwangi – alleged to be a supplier and adviser on doping in a July 9 ARD/Sunday Times documentary – of when doping tests will take place in return for a three month lump payment of £9,000. Mwangi – who is based in Eldoret, a gateway city to high altitude training – would then inform the ‘coaches’.

In the video, Rotich says that two British doping control officers who work in Kenya would be able to supply him with planned test details. “They have a list that says: ‘I’m going to test so and so””, he claims. When contacted by ARD/Sunday Times, Rotich claimed that he played along with the Spring 2016 operation in order to provide information to the authorities. However, it is understood that he did not provide that information to the authorities.

UK Anti-Doping (UKAD) sent two investigators to Kenya last month to investigate claims by Kenyan doctors working in the Eldoret/Kapsabet region that they supplied erythropoietin (EPO) to three British athletes. UKAD has not responded to repeated requests for information on how the investigation is progressing, however it does have a policy of not commenting until investigations are concluded.

‘The Ministry reads mischief in the article’, read a statement from the Kenyan Ministry of Sports, Culture and the Arts. ‘Based on the evidence collected thus far, there is reason to believe that the two publications may have coerced unscrupulous individuals into forging documents and falsifying information on doping among Kenyan and international athletes’. The statement questioned why ARD and the Sunday Times ‘withheld such serious information from the relevant Kenyan authorities, thereby jeopardising investigations’, adding that their motives ‘are therefore suspect’. 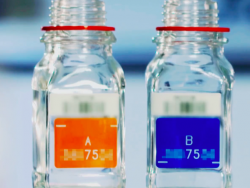