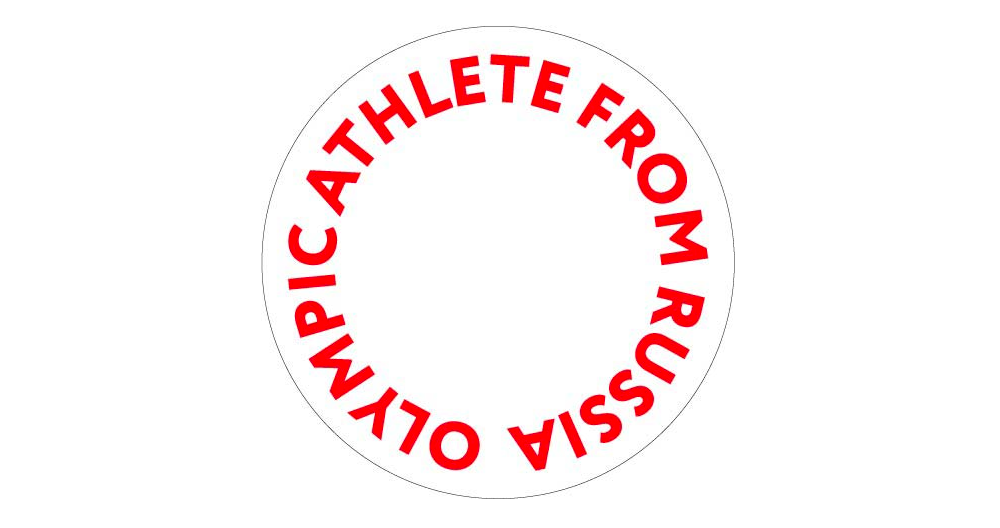 1. Athletes’ uniforms (Ceremonies, competition, training and casual), accessories and equipment can only have two types of wordmarks: “OAR” and/or “Olympic Athlete from Russia”.
2. Officials’ uniforms (Ceremonies, competition, training and casual) and accessories can only have one type of wordmark: “OAR”.
3. “Olympic Athlete from Russia” – Print size for words “Olympic Athlete from” should be equivalent to the word “Russia” and above the word Russia. The size of these words should be proportional to the area in which they are placed and will require individual approvals from the IOC.
4. Wordmark fonts should be in English and as generic as possible.
5. Only single or dual colour elements are permitted on uniforms.
6. Separate items of clothing cannot create a tricolour.
7. The colours used in uniforms, accessories and equipment may not be in exactly the same pantone as those used in the Russian Federation flag. It is suggested that these are darker in colour.
8. Country coat of arms, NOC emblem and national emblem must be replaced with the distinct OAR logo.
9. This image has been proposed as an OAR logo.
10. The OAR logo must not include a third colour.
11. No national identifications design elements should be featured on the uniforms.
12. These guidelines are applicable to all athletes and team officials/coaches uniforms (ceremonies, competition, training and casual), accessories and equipment.
13. All revised uniform, accessories and equipment designs and production samples need approval from the IOC.

In addition, the OAR Invitation Review Panel is having its second meeting today to make sure that each individual Olympic Athlete from Russia can be considered clean. This panel will establish clear and detailed criteria and will evaluate every athlete under consideration according to these criteria. Additionally, following the decision of the IOC Executive Board, no coaches or medical doctors of athletes sanctioned by the Oswald Commission will be accredited for the Olympic Winter Games PyeongChang 2018.

• This media release was originally published by the International Olympic Committee (IOC) on 20 December 2017. To access the original, please click here. 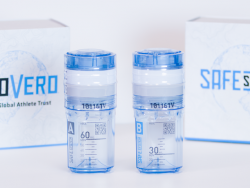