In its first meeting since the re-election of Sepp Blatter as FIFA President, the FIFA Executive Committee have suspended the Indonesia Football Association (PSSI) with immediate effect due to what FIFA labelled the ‘take over’ of Indonesia’s national football governing body by the Indonesian authorities. In a letter to the General Secretary of the PSSI on Saturday 30th May, Jérôme Valcke, FIFA’s Secretary General wrote that FIFA the Executive Committee had concluded that the Indonesian Ministry of Youth and Sports, or one of its agencies, was interfering with the management of PSSI’s football activities in serious violation of Articles 13 and 17 of the FIFA Statutes.

Article 13 paragraph 1 i) states that members are obliged to ‘to manage their affairs independently and ensure that their own affairs are not influenced by any third parties’. Article 17 paragraph 1 continues that ‘each member shall manage its affairs independently and with no influence from third parties’. Valcke’s letter continued that the FIFA Executive Committeee, in accordance with article 14 paragraph 1 of the FIFA Statutes, had thereby decided to suspend the PSSI with immediate effect and until such time as the PSSI is able to comply with its obligations under articles 13 and 17 of the FIFA Statutes.

Valcke’s letter outlined the reasons why the PSSI had failed to comply with the aforementioned articles, writing that the PSSI had received a number of cautionary letters from FIFA warning that their actions were in violation of FIFA statutes. Valcke wrote that the PSSI had informed FIFA in February that the Indonesian Super League (ISL) had been postponed. This was allegedly because the Indonesian Professional Sports Agency (BOPI), an agency of the Indonesian Ministry of Youth and Sports, had imposed certain criteria on ISL clubs that needed to be met in order to maintain their participation rights. These included specific licensing criteria which BOPI had claimed two clubs had failed to adhere to and as a result should be suspended from the ISL. Valcke continued in his letter that subsequent events which resulted in the suspension of ISL matches and the Ministry assigning the responsibility for the Indonesian national team and all PSSI competitions to government committees was in violation of articles 13 and 17 of the FIFA Statutes. FIFA warned the PSSI that the move would be referred to the appropriate FIFA body to consider immediate suspension unless the aforementioned actions were withdrawn by 29th May. Following a final report on 29th May from the PSSI confirming that the Ministry had not withdrawn the measures imposed, FIFA took action to suspend the PSSI.

The Indonesian Ministry of Youth and Sports issued a press release on Sunday stating that it respected FIFA’s decision and that the PSSI’s suspension was a ‘lesson to all’. The Ministry disputed FIFA’s allegations that BOPI had banned two football clubs from competing in the ISL, but did say that the government intended to ‘take responsibility for the sanctions and push ahead with reforms in football management that it hopes will allow the country to soon take part in international competitions again’.

The statement continued that ‘the government will work together with various related organisations to perfect a blueprint for national football reform as quickly as possible to develop a grand strategy that is more comprehensive, transparent, objective and with an overall target of significant achievements in restructuring the management system of national football in Indonesia’.

Following the ban, the PSSI said that coaches and players were ‘disappointed and sad’ to hear of the news. The ban means Indonesia will be unable to compete in the next round of qualifiers for the 2018 World Cup and 2019 Asian Cup, starting on 11th June 2015, unless they meet FIFA’s demands. Indonesia are due to play Taiwan on 11th June and Iraq five days later as part of the qualifiers for the World and Asian Cup. FIFA have however, as an ‘exceptional measure’, allowed the Indonesian U23 national team to continue their involvement in the 2015 Southeast Asian Games, due to take place in Singapore from 5th to 16th June 2015.

The Associated Press reported that Indonesia soccer coach Pieter Huistra had called for the government and the national association to start working together to end FIFA’s ban. Huistra told Associated Press that he did not know how long the ban would last, adding that according to FIFA’s latest letter there were conditions that needed to me in order to lift the ban, which, if done could end the ban quickly. Huistra added that the decision was not unexpected. 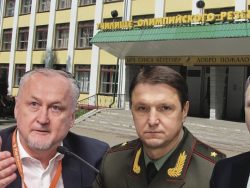 The chairman of the FIFA Disciplinary Committee has decided to extend sanctions imposed on six...