The Fédération Internationale de Natation (FINA) has sanctioned Nikša Dobud, who won a gold medal at the London 2012 Olympics with the Croatian water-polo team, with a four-year ban for evading a doping test. The FINA panel argued that Dobud’s explanation that the Doping Control Officer (DCO) had mistaken his wife’s brother for him was irrelevant, as he was at the address provided in his whereabouts form and had evaded a test. Dobud (pictured) argued that was sleeping in an adjacent apartment at the same address, having gone out for drinks on return from a match in Budvar, where he had missed the team bus home due to an earlier doping test. His brother-in-law closed the door on the DCO, who assumed that he was Dobud.

‘On 21 March 2015, FINA tried to conduct an out-of-competition doping control test on the water polo player, Nikša Dobud’, read a 16 July statement. ‘The circumstances of this unsuccessful attempt constituted a potential violation of the FINA DC Rule 2.3 – evading, refusing or failing to submit to sample collection. Following further investigation and a hearing in this matter, the FINA Doping Panel decided according to the FINA DC Rule 10.3.1 to impose on the athlete a sanction of four (4) years’ period of ineligibility commencing on 13 April 2015 and ending at the conclusion of 12 April 2019 for his first anti-doping rule violation.’

According to the FINA Doping Panel, Dobud completed a doping test after the World Water Polo League match against Montenegro in Budva on 20 March 2015. ‘Upon completion of the test, the Athlete initially stated that he remained in Budva, as he had missed the team bus back to Croatia’, read the decision. ‘At the hearing before the FINA Doping Panel, he stated that he returned to Dubrovnik in Croatia through his own means, having stayed out in Dubrovnik partying with friends’.

On 21 March at 6:44am, a Doping Control Officer arrived at Dobud’s home for another doping test. According to the testimony of the DCO, Dobud closed the door on him, asking for “five minutes”. ‘We waited in front of the door and rang and knocked at the door, but nobody came’, said the testimony. ‘At about 9am, a woman came out and told us that she would call the police if we don’t stop ringing the doorbell. I asked her whether she could give us the phone number of Mr. Nikša Dobud. She did not want to answer my question and said that Nikša was not at home […] then she entered the house.’

According to Dobud, the case was based on a misunderstanding. He said that due to the 20 March doping control, he had stayed overnight in Budva at a friends house, and had not had a chance to change his whereabouts data on the Anti-Doping Administration and Management System (ADAMS), which records an athlete’s whereabouts.

‘When the FINA DCO showed up at my doorstep the following morning, for the out-of-competition control, my wife opened the door’, read Dobud’s testimony. ‘She was at home with our eight-month old baby and her brother, who came to help her while I was away. My wife told me that she’d said to the DCO that she’ll try to reach me and after that, her brother showed up at the doorstep as well. The DCO obviously thought that was me. He told them to wait for a few minutes and they’ll try and reach me, but the DCO told him he’s not supposed to close the door, continuing to act as if he was me. My wife came out again saying that she couldn’t reach me and asked them to leave. They continued to int the doorbell an after a while, my wife said that she would call the police […] after providing a sample just a few hours before, what reason would I have to avoid it a few hours afterwards?’

Following some delays, a hearing was held on 29 May in Lausanne, where FINA admits that the DCO ‘had difficulty and hesitated’ when asked to identify Dobud. Due to this and other questions, FINA asked IDTM, a company that provides anti-doping assistance to FINA, to file a report from the assistant who had accompanied the DCO by 5 June. The assistant corroborated the DCO’s account of events.

The FINA Doping Panel alleged that Dobud had stated that he had ‘called his wife previously and told her that he would not be returning, due to the doping control to which he would be submitted. She told him that there would be no problem, as her brother and his wife would be staying there with her.’

The FINA Doping Control Panel held doubts regarding Dobud’s version of events. ‘It is inexplicable that the Athlete’s wife would state that her husband was sleeping at home rather than merely reply to the DCO that her husband was not at home, especially when according to the Athlete, she did not know that he was there […] Ultimately, the FINA Doping Panel consider that an anti-doping rule violation has been established to its comfortable satisfaction. It appears an undisputed fact that Mr. Dobud was present at the residence and address he provided and that he failed to take a doping control test. The fact that the DCO mistook him for his brother-in-law is irrelevant.’

The Croatian Water Polo Federation, which the decision said must bear all costs, has yet to announce whether it will appeal. It has 21 days in which to file an appeal at the Court of Arbitration for Sport (CAS). 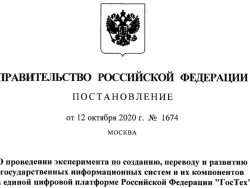