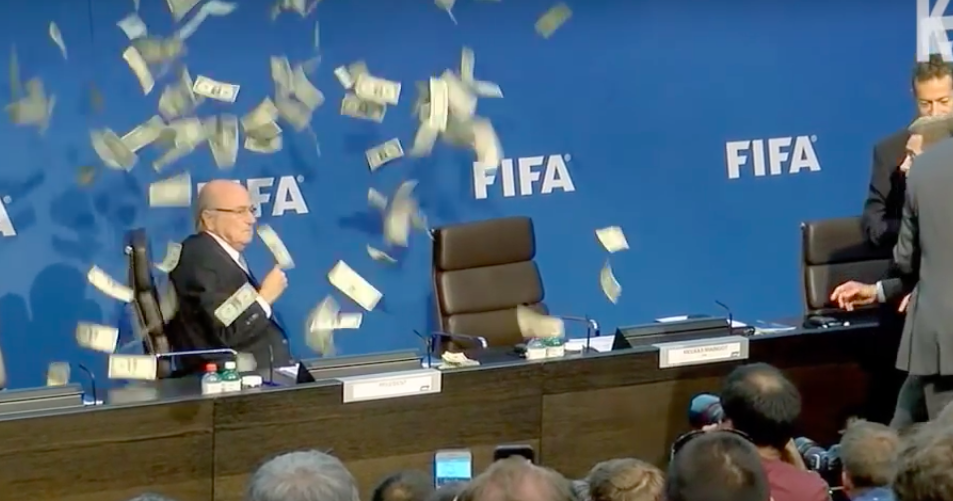 The jury’s verdict in the FIFAGate trial in New York is more nuanced and potentially far-reaching than many observers may believe. Jose Maria Marin (ex-president of Brazil’s CBF), Juan Angel Napout (fromer head of South American confederation CONMEBOL) and Manuel Burga (ex-president of Peru’s FA) all deny corruption charges which include conspiracy, money-laundering and misuse of United States banking facilities.

In the closing days of the trial lawyers for the defendants requested that the trial be halted on the grounds that commercial bribery was not a criminal offence in the relevant South American states. Judge Patricia Chen gave that submission short shrift. But a particular legal issue had been pointed up: Does the US have the right to criminalise and punish behaviour committed in another sovereign state according to its own legal code?

The prosecution case was built on two pillars of evidence. One concerned a long-running conspiracy beyond the borders of the US, in South America, through which football directors and executives skimmed massive bribes off a succession of television rights deals for regional competitions (Copa America, Copa Libertadores and Copa do Brasil). Prosecution evidence about a multi-million-dollar bribes business was supplied the likes of Argentinian businessman Alejandro Burzaco and ex-Colombia federation supremo Luis Bedoya whose credibility was shaded by their plea bargains and witness protection incentives.

The second evidential pillar, from IRS and FBI specialists, concerned the electronic ‘paper trail’ of these funds through the US banking system. The jury might decide that the defendants enriched themselves and each other through bribery which was unethical but not illegal, because it was not undertaken on US territory. It could still then bring in guilty verdicts on the technical misuse of US banking facilities for ‘hot’ money.

If the jury considers bribery in South America to be a criminal offence in the US, then the defence would have solid grounds for appeal. However, if the jury decides the US does not have criminal jurisdiction over bribery business in South America then many of those FIFAGate targets who have admitted guilt and are awaiting sentence next year may fear they admitted too much too soon.

Legal observers have raised comparisons between FIFAGate and the legal pursuit of seven-times Tour de France ‘winner’ Lance Armstrong by US Postal Service. The difference was that Armstrong was an American citizen and US Postal was a US organisation claiming it had been defrauded of sponsorship cash by his pretence of being dope-clean.

The verdict of the FIFAGate jury has further significance in sports terms. If it decides that jurisdiction is limited to the US, this may give the Department of Justice cause to rethink the validity of its investigation into allegations of ballot-rigging in 2016 Olympic Games award by the IOC to Rio de Janeiro.

Also, the likes of extradition-defying Nicolas Leoz in Paraguay, Eugenio Figueredo in Uruguay as well as Marco Polo del Nero and Ricardo Teixeira (safe while they stay in Brazil) may consider themselves effectively free men. This could have further significance for Del Nero’s continuing bizarre evasion of FIFA ethics action (until today, when FIFA announced that he was being investigated).

At issue over the past five weeks has been CONMEBOL business. The court’s sentencing next year of CONCACAF conspirators is a different matter. CONCACAF was headquartered in New York with its business directly answerable to US law. As for CONMEBOL, the jury is out – for the moment.

• This article was originally published on Keir Radnedge’s internet site on 15 December 2017. To access the original, please click here.

Athletes: WADA continues to mislead you

Lamine Diack, former President of World Athletics, has been sentenced to four years in prison,...

The United Nations has questioned why the trial of Iranian wrestler Navid Afkari was conducted...