Eleven people have been arrested as part of Operation Oikos, a match-fixing probe involving football clubs in the first, second and third Divisions, Spanish police confirmed today. Those arrested include La Liga players, as well as club Presidents and Directors from the Second Division, and others from the Third Division.

Police said they had identified ‘at least’ three matches that had been fixed, as well as an unsuccessful attempt to fix a third division game. One fixed second division game involved betting volumes that were 14 times the normal. Police said that the  investigation involved Europol, La Liga and the professional football league (LFP).

La Liga said it had reported nine suspicious matches to the police for investigation during the 2018/19 season, as well as 18 amateur matches. It singled out SD Huesca’s 1-0 victory over Gimnastic de Tarragona on 29 May last year as one suspicious game it had identified.

In a statement, SD Huesca outlined that it had not been accused of any crime, illegal activity, nor had it obtained any sporting, economic or other advantage from illegal conduct. Gimnastic de Tarragona said it has filed a complaint at the local police station, following information that ‘tarnished the honour’ of the club.

‘Our club has been damaged again by the company Federbet’, read a statement. ‘Five years ago, the company expected a response following an incorrect report about a Constancia vs. Gimnastic game. Today, it has yet to receive an apology or argument supporting the harsh and false allegations that seriously affect the name and history of Gimnastic de Tarragona. This week, the same situation has passed and we have not hesitated to file a complaint with the Mossos d’Esquadra [Catalan police force].’

A source told AFP that the matches investigated involved Real Valladolid CF, which has been owned by former Brazil striker Ronaldo since September. The La Liga club said that whilst it understood that those involved should be prosecuted by the courts, it ‘it reserves the right to bring appropriate legal action against any person or entity that disseminates any information that may come to undermine the public image of Real Valladolid CF, SAD or any person under the Real Valladolid CF, SAD, in defence and protection of their interests’. 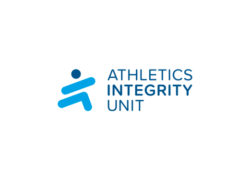 Disclaimer: The AFN is not liable for the disq...

Alex Wilson is unable to participate in the Tokyo Olympics. The ad hoc Division of the...

The Athletics Integrity Unit (AIU) acknowledges the decision made by the Court of Arbitration for...

• The ad hoc Chamber of the Court of Arbitration for Sport (CAS) provisionally suspended...