The German football association (DFB) has reportedly launched legal proceedings over allegations that a €6.7 million payment was agreed by DFB employees with FIFA in order to obtain a larger FIFA grant for the 2006 FIFA World Cup Germany organising committee. The DFB told the Associated Press that it had ‘taken the necessary measures to prevent a possible limitation of claims’, due to the fact that statutes of limitation may prevent future action, as the payment is alleged to have been made in 2002.

It is understood that the claim involves FIFA, the former President of the 2006 organising committee Franz Beckenbauer (pictured), his Vice President Fedor Radmann, former DFB Presidents Theo Zwanziger and Wolfgang Niersbach, former DFB General Secretary Horst Schmidt and the administrators of the estate of Robert-Louis Dreyfus, the former Adidas President who died in 2009. The DFB has previously argued that the money involved a loan of CHF10 million (€6.7 million) to FIFA from Dreyfus. He was later repaid by the DFB. FIFA’s Ethics Committee is already investigating Beckenbauer. 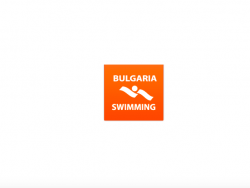 From the ashes of the last decade’s major do...

Decision of the adjudicatory chamber of the independent Ethics Committee in the cases of Franz Beckenbauer, Theo Zwanziger and Horst R. Schmidt

The adjudicatory chamber of the independent Ethics Committee has ruled that the conduct of Franz...