Professor Bruce Kidd is a renowned scholar, community activist and seasoned and respected academic leader. He brings a lifetime of experience at the University of Toronto and volunteer leadership in Canadian and international sport, community and culture to the University of Toronto Scarborough. Professor Kidd is the former principal of University of Toronto Scarborough, has been Warden of Hart House (since 2011), founding dean of what is now the Faculty of Kinesiology and Physical Education (1991-2010) as well as a member of the faculty since 1973, and Director of Canadian Studies at University College (1986-1990). He began teaching political science at U of T in 1970. Professor Kidd has earned degrees from the University of Toronto (B.A., Political Economy), the University of Chicago (A.M., Education), and York University (M.A. and Ph.D., History), and an honorary doctor of laws from Dalhousie University. Teaching and writing extensively, Prof. Kidd has authored or edited ten books and hundreds of articles, reports, plays and scripts. As a volunteer, he chairs the Selection Committee, Canada’s Sports Hall of Fame, and during his career, has contributed, to many other leading community organizations. He is Past Chair, MLSE Foundation; Past Chair of the Commonwealth Advisory Body on Sport; and a former member of the Selection Committee, Research Grant Program, Olympic Studies Centre, International Olympic Committee. Involved in the Olympic Movement throughout his life, Professor Kidd has participated in the Games as an athlete (track and field, 1964), journalist (1976), contributor to the arts and culture programs (1976 and 1988) and accredited social scientist (1988 and 2000). He served on the board of Toronto’s 1996 and 2008 Olympic bids. He was founding chair of the Olympic Academy of Canada (1983-1993) and lectures at the International Olympic Academy. He is an honorary member of the Canadian Olympic Committee. In 2004, Prof. Kidd was appointed an Officer of the Order of Canada.

All posts by Bruce Kidd

How the rescheduled Tokyo Olympics could heal a post-coronavirus world

The rescheduled Tokyo Olympics and Paralympics should bring the world back together in a reinvigorated spirit of Olympism — the ideal that sport should be conducted at the service of humane social development, international understanding and peace. While it’s often forgotten today in the preoccupation with medals and marketing, Olympism...

WADA may consider appeal against Decision to c... 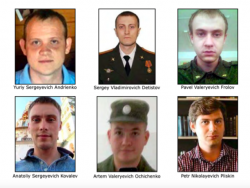