The adjudicatory chamber of the independent Ethics Committee has found Mr Juan Ángel Napout, a former President of the Paraguayan Football Association and the South American Football Confederation (CONMEBOL) as well as a former FIFA Vice President who had also been a member of several FIFA committees, guilty of bribery in violation of the FIFA Code of Ethics. The investigation proceedings against Mr Napout referred to bribery schemes during the period from 2012 to 2015 in relation to his role in awarding contracts to companies for the media and marketing rights to CONMEBOL competitions.

In its decision, the adjudicatory chamber found that Mr Napout had breached art. 27 (Bribery) of the FIFA Code of Ethics and, as a result, sanctioned him with a ban for life on taking part in any football-related activities (administrative, sports or any other) at both national and international level. In addition, a fine in the amount of CHF 1,000,000 has been imposed on Mr Napout. The decision was notified to Mr Napout today, the date on which the ban comes into force.

• This media release was published by the International federation of football associations (FIFA) on 12 September 2019. Click here for the original. 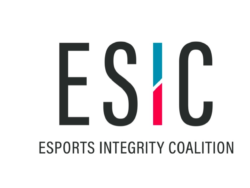